As the ranks of the Pentecostals and charismatics swell to more than half-a-billion, you have to ask why? What’s the appeal? CBN News came looking for answers in Guatemala, where Pentecostalism is sweeping the nation.

GUATEMALA CITY – When the Azusa Street revival started 100 years ago, those in traditional religions and the secular world mocked it. They said its Pentecostalism would soon fade and the world would be ruled by more rational, non-mystical systems of belief. But it’s the secular systems that have faded while Pentecostalism has prospered — to the point now that some 500 million people have joined its ranks. As the ranks of the Pentecostals and charismatics swell to more than half a billion, you have to ask why?

What’s the appeal? CBN News came looking for answers in Guatemala, where Pentecostalism is sweeping the nation. There’s stunning growth in Guatemala. One pastor says a new church or ministry opens up every single day. In the most pove 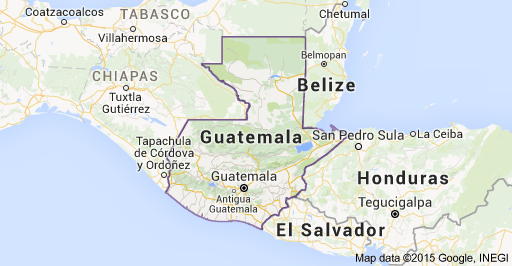 rty -stricken barrios, they pop up in abandoned shops. There’s a church right in the middle of a slum, where members believe the Gospel will help lift residents out of grinding poverty. The CBN News team was warned not to get closer, though, since the area is also home to Guatemala’s most dangerous gang. But outside the slums, among the more mobile business classes, Pentecostalism now also flourishes. Many end up meeting for services in ritzy hotels because the revival in their ranks has grown faster than churches can be built. But when it’s done, thousands will soon be flocking to a new $20 million super-sized church, reportedly Central America’s largest building. Pastor Jorge Lopez said, “We’ll be able to seat 12,200 people in theater seats.” Some 3,000 cars will park there. But is all this necessary?

Well, at one typical service the other day, the old facility was so jam-packed that 200 cars had to be turned away. “Our biggest limitation to growing every year has been lack of space,” said Lopez. Popular revivalist Pastor Harold Caballeros says much of this growth comes because Pentecostalism offers more than boring religion: it offers Holy Spirit-led, life-changing experiences. He said, “Pentecostalism and the Gifts of the Holy Spirit — prayer, healing, prophecy — all that will bring an experience.”

Cash Luna, pastor of the mega-church Casa de Dios, says that what captivates many people is seeing the presence of God manifested right in front of them. “They’re encountering a God who is not just a concept but the power touches them, literally,” Luna said, “and they can experience God in their lives.” And that experience is attractive enough to transform the once almost-exclusively Catholic country into one where 30 percent of Guatemalans are now Protestants and six out of 10 Catholics label themselves charismatics.

Caballeros now says that the percentage of Christians is so high that it’s reached critical mass — it’s so big, it’s transforming Guatemala’s culture. Caballeros said, “It’s started to become some kind of discipleship of the nation.” You can see it in the fact that Guatemala now has its own Christian TV network and 25 Christian radio stations. Some companies sponsor Christian services right inside the workplace.

Believers can even enjoy food and fellowship at their own Christian restaurants. Luna says that just among his church members alone, tens of thousands are meeting outside the church walls in more inviting, informal places. “Our own church has 2,500 home groups at this time,” Luna explained, “and we have people preparing and studying to start another 2,500 groups this year.”

The powerful Pentecostal experience leads them to the Lord — who leads them to the Bible — and all that mixed up together gives them a Christian worldview that transforms their life. And is almost sure to transform and modernize their nation. Caballeros likes to quote Max Weber, the sociologist who explored how believers who study the Bible and apply it to their lives start to exhibit the famed Protestant work ethic.

They work hard, they get more education, they become thrifty, they defer gratification — and that leads to savings, which leads to investment, which allows a thriving free market economy to grow up around them. And Lopez makes it a point to teach his Pentecostal congregation about how to live debt-free and with financial integrity — as a witness. “True prosperity is to live without debts,” said Lopez. “I think if we owe no man anything and we pay everything we owe, we can give a better testimony of the Lord.”

When the influential classes of a country begin to live like that, and then that’s added to the renewed morality that revival brings, you get a transformed culture. The Harvard-educated Caballeros believes that transformation can pull his country out of its poverty and rid it of much of the corruption that’s soured many Guatemalans on politics and government. It’s one of the reasons he wants to run for president, as the head of a party whose motto is “Vision plus Values.”

Because, he says, a revival can start good changes in the hearts of people, but it takes good government to preserve it through wise laws. But Lopez says that what Guatemalans must always remember is Who the true power is behind the tremendous transformation revolutionizing their land.
He said, “We need to lift up Jesus every time we can. Give Him the glory, and tell the people that He’s still alive and well, he’s blessing people and saving people.”